“The book is ambitious in its scope and interdisciplinary in its purview. It is virtually encyclopedic in its survey of both western theatrical and nonwestern dance traditions, leaving the reader with a sense of having traversed the globe. It draws together in one volume no less than three analytic agendas: (1) the means through which dance communicates aesthetic and gendered meaning; (2) the anthropological basis for establishing the generality and the range of dance, with particular reference to sexuality; (3) the relation between aesthetic form and social change. Given this broad sweep, the work must be considered for its programmatic contribution to dance and gender studies above and beyond the strengths or questions raised by any of its particular analyses.”  Journal of the History of Sexuality

“Take it from someone who knows virtually nothing about dance performance and has always found it to be dull, alienating, or both: this is a wonderful book — a rare piece of highly entertaining, liberating scholarship. Hanna has a remarkable flair for explaining the attitudes toward sex, gender and power that animate dance on European and U.S. stages.  She draws interesting comparisons from the Middle East and South and East Asia, and concludes with the alternative visions of black, gay male and feminist dancers.”  The Feminist Bookstore News

“Although it is commonly known and accepted that dance as such is connected with sex and gender, Hanna’s book is the first such study that attempts to tackle ‘the gender gap issue and places it within the context of an unexplored realm of expressive culture’ …. Hanna’s study is a valuable source of information concerning dance from varying points of view with the focus on sex and gender. We know that much culturally patterned non-verbal communication takes place without the participants being aware of its implications; thanks to her study, she has made us aware of what is happening in respect of dance and sex roles.”  World of Music

“The title of Judith Lynne Hanna’s…contribution to the study of dance, with its alliterative listing of topics, effectively encapsulates …the great potential of this book…As an introduction to the study of dance as both metaphor and referent for gender relations; and values, it provides a wealth of cross-cultural description, wonderful photographs and bibliography, and a titillating and eminently entertaining catalogue of juicy, sexy stories.  Literally packed with ideas, each chapter tantalizes us …. What results is a varied, and often salty, collection of participant-observations by Hanna, often chatty (sometimes catty) anecdotes by dancers and choreographers, and highly valuative dance criticism mainly from the New York Times.”  Ethnomusicology

“The range of material the book does cover is truly remarkable.  I think it is safe to say that there is new information here even for the very well read.”   Dance Chronicle

“This book is capital … it underlines the significance of the body as an instrument of social expression and highlights the dialectic that dance represents between signs and meanings ….  In an era of genetic engineering and of challenges to dominant hierarchies, the timing of its publication underscores the political nature of any form of knowledge: dance or the body politics of the politics of the body….Hanna capitalizes on her thorough analysis of dance as a language to emphasize the variety of structural dualisms through which relations of dominance and defiance are expressed, distorted, and eventually transcended….Hanna’s well-written argument is presented with as much passion as lucidity.”  Contemporary Sociology

“Hanna introduced a new approach to cross-cultural studies of dance in her first publications in 1979, raised questions about gender in subsequent writings, and now presents a theoretical and empirical study of dance, sex, and gender …. I thoroughly enjoyed reading and studying this well-written book, which is thought-provoking and inspiring in its theoretical, methodological, and empirical clarity.”  American Anthropologist

“Richly detailed text and illustrative photographs provide an enlightening view of dance as a societal statement, the diversity of which is seen in the array of combinations of gender roles and sexual themes that have been played out.”  Contemporary Psychology

“Although many recent books deal with dance, with sex, and with gender, Hanna draws these topics together with new insight.”  Choice

“Hanna, an historian and anthropologist, approaches the subject from both perspectives …. fascinating and informative … As a good researcher and theoretician, Hanna is alert to the wide variety of views expressed on the subject….Hanna’s book is valuable not only to teachers and students, but also to any reader with an interest in learning more about society and culture.”  Dance Teacher Now

“Hanna calls on her wide resources of interdisciplinary knowledge in the areas of ethnic and theatrical dancing and in the social psychology of both primitive and sophisticated cultures.  The result is a fascinating smorgasbord of ideas, speculations, theories and conclusions about dancing and its sexual and gender implications…This is a book to be taken up frequently for stimulation, some shock, and for the enjoyment of gaining new insights.”  Vandance

Part One: Spotlight
1 Sex, Learning, and Dance Images
– Be a Man, Be a Woman; Nature and Nurture
– Danced Sexual Imagery: Modeling

2 Odyssey toward Understanding
– The Social Construction of Reality
– Sources of Evidence
– So What? 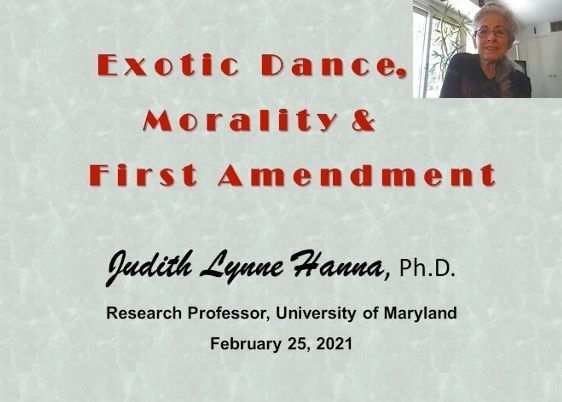 For the Love of Dance, Between the Columns, U of Maryland 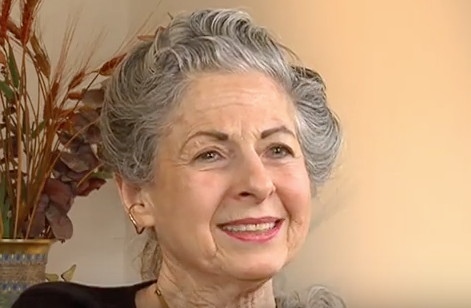